It’s been a while since my last hike – my bunny buns needed some serious shaping! So I set off on the Siphon Draw trail in the Superstition Wilderness. It was a little  gloomy that day, and a bit chilly, but the beautiful 6 mile roundtrip was all still worth it.

Do you think that's really the Lost Dutchman himself? I like his burro.

See that up there? That kind of dome lookin' thing? That's the Flat Iron - about 2 miles away.

This is the actual Siphon Draw... it was really slick since it had just rained. I only fell two or three times, but received one BIG bruise on my hiney. See the Flat Iron? I'm getting closer!

This is what I saw if I looked behind me on my hike... that's Apache Junction down there, and just West is Phoenix.

DONE. I have a whole new set of steel calves. The desert is so pretty after a recent rain. 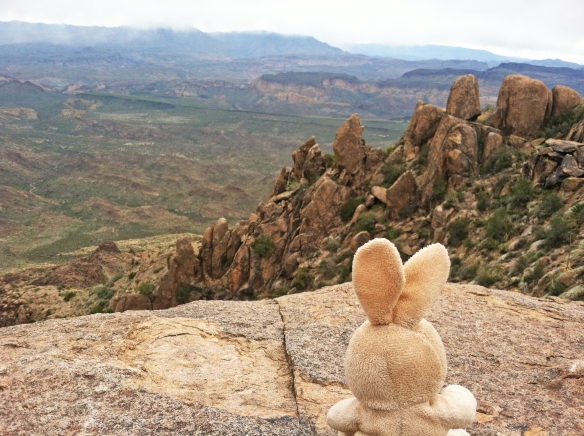 I continued on up past the Flat Iron to the summit of the Superstition Mountains. It's really too bad it was so cloudy, because off in the distance you can see Four Peaks - my next big hike. 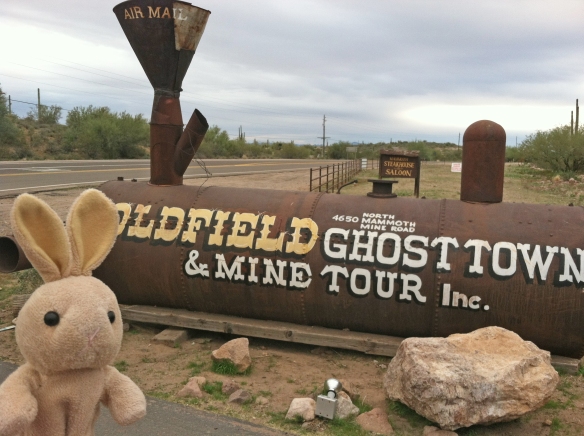 After the hike, I stopped at a ghost town! It was on the way out of the Superstition Wilderness, and is in fact known as "The Gateway to the Legendary Superstition Mountains". It was super random, but pretty fun.

A REAL SALOON! There were cowboys and cowgirls all over the place!

... and this guy... who was pretty disinterested in just about anything I had to say. Rude. 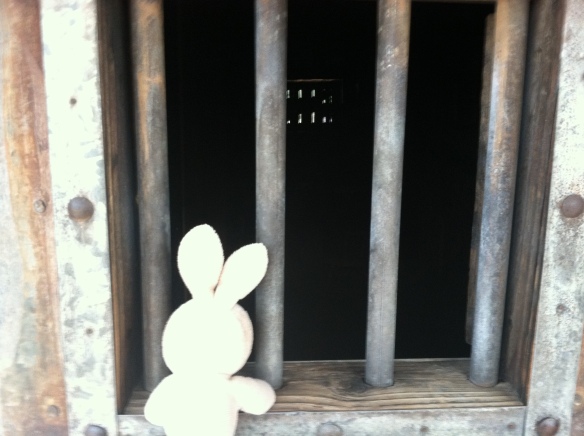 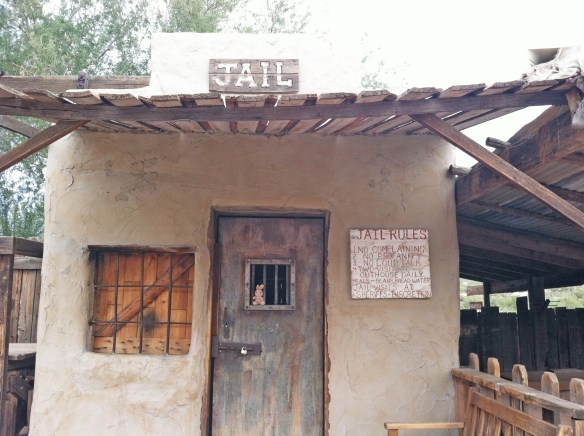 11 thoughts on “A Superstitious Bunny”